Please note that this event is in the past, and the following content is viewable for informational purposes only.

Southport residents and visitors are invited to a reception on Monday, October 25, to meet the artists participating in the “Southport, Open Your Doors” project sponsored by Up Your Arts. The doors they have spent the last five months transforming into works of art will be unveiled at the Southport Community Building from 4-7pm.

A gift from Ginger Harper to the Southport Historical Society, the doors symbolize Southport’s emergence from the worst of the pandemic last year and its continuing resilience in the face of new developments. They are a direct link to Southport’s past, having served and survived many generations who lived in the historic Harper home on Bay Street.

Up Your Arts and the Southport Historical Society invited local artists in April to envision a post-pandemic world that draws strength from Southport’s people and its history. 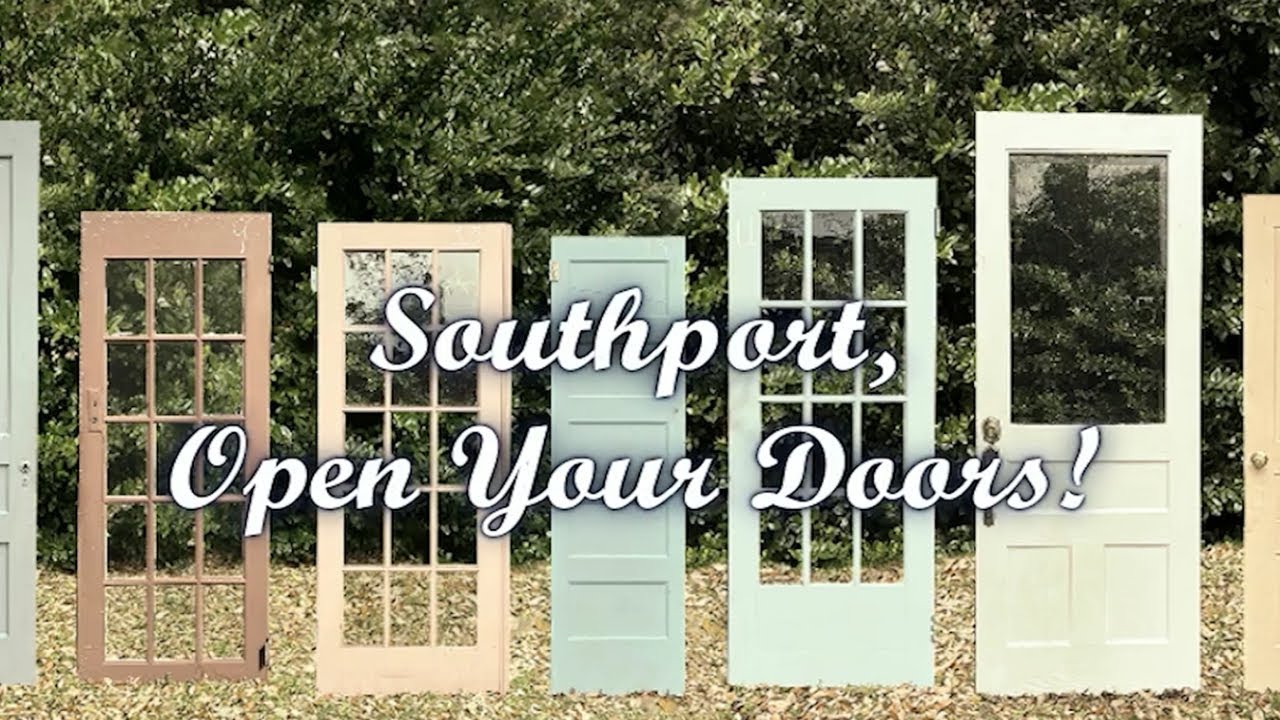 A juried selection process chose ten solo artists and two collaborating teams to decorate one of 11 doors using whatever mediums they preferred.

The results will be on stunning display during the October reception, as a prelude to sending the doors on parade throughout the city for the next couple of months before they are auctioned off at a gala event in March 2022.

The October reception will showcase the artists and their completed artwork during an early evening of live jazz with J & B Bluzz, hors d’oeuvres, wine, and beer. The $20 cost at the door includes food and one drink ticket (add'l tickets will be available for sale). The event is limited to the first 200 people to RSVP.

You Make the Choice

Attendees will have an opportunity to choose their favorite doors by purchasing tickets to vote for as many as they like, as often as they like. The top People’s Choice Award winners will be live auctioned at the upcoming March gala, along with all the other doors in a silent auction.

Proceeds will be used to support Up Your Arts’ efforts to turn the Old Brunswick County Courthouse into a community-based center for creative and performing arts.

RSVP Now to Reserve Your Spot!